Corresponding to human eyes, there are three kinds of cones, which have different Spectral sensitivity, creating Trichromacy of human eyes. In general, these three cone types are called short (S), medium (M), and long (L) cone types in order of their peak wavelength of spectral sensitivity. The normalized response spectra of S, M, and L cones to monochromatic spectral stimuli are shown in the figure below. 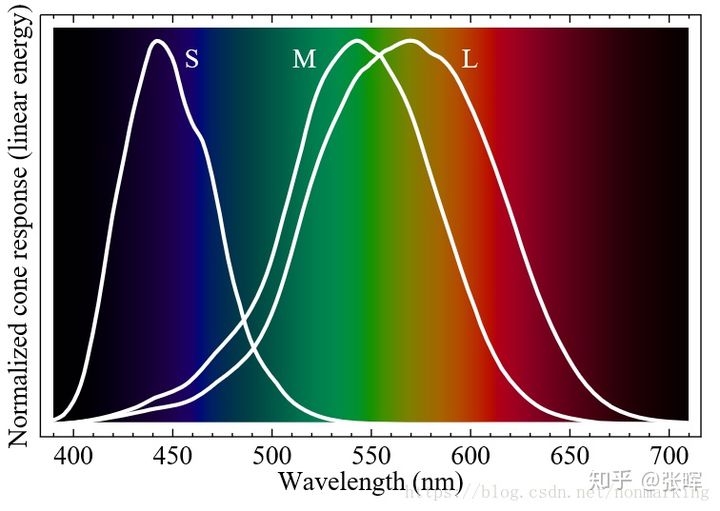 After a brief introduction to the causes of color blindness, let’s talk about the difference between color blind and non-color blind color systems from a mathematical point of view.

The concept of RGB must be well known to all. Then the three channels of red, green and blue are taken as the X, Y and Z axes in the three-dimensional coordinate system to obtain the spatial description of colors, which is called the RGB color space. Similarly, colors can be described in terms of the proportion of L,M, and S cones stimulated, which is called the LMS color space.

We can think that the color space of LMS corresponding to normal vision is a complete cube. Then, according to the previous introduction, the color system seen by color blind patients becomes a two-dimensional plane in the complete cube because of the functional loss of certain cones. Depending on the severity of the color blindness, the location of the plane varies, such as cutting a plane right in the middle or cutting a plane slightly at an oblique Angle. 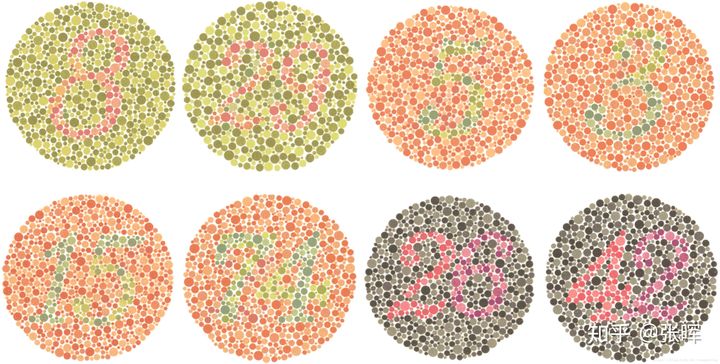 The images above are based on some sophisticated algorithms to simulate what people with color blindness would see.

Color blindness patients may encounter some difficulties in life and work, but I am glad to see that many software, game and hardware companies have launched products that have added optimization or auxiliary functions for color blindness and color weakness.